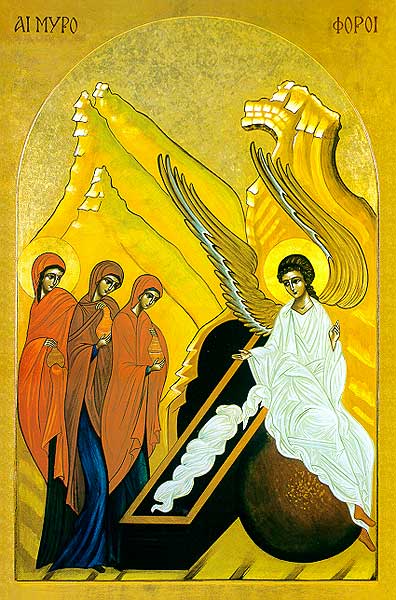 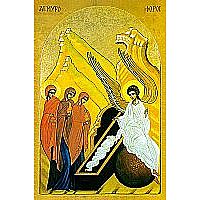 In this icon, Mary Magdalene, Mary the mother of Jesus, and Salome arrive at the tomb, carrying spices to anoint the body of Jesus. They encounter an angel who tells them to be unafraid, Jesus is risen. This icon, whose design dates from third century, is a beautiful reminder of the Easter miracle. It is also known as the “Myrrh bearers.”