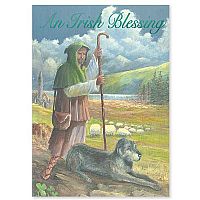 Inside Left: The cover shows St. Patrick as a young shepherd in Sliabh Mis, the northern Ireland mountain known as his first Irish home. Kidnapped at 16 and brought to Ireland as a slave, Patrick tended sheep there for six years with only an Irish wolfhound for company. But he found God in this solitude. In a vision, Patrick was told to escape via ship. He fled and eventually studied in Rome and became a priest. Years later, around 432 A.D. St. Patrick had a vision to return to Ireland where he continued to spread Christianity. Inside Right: May Heaven’s light shine on you, May angels guide your way, May friends and family love you, May peace find you each day. Happy St. Patrick's Day

St. Patrick as a youth serving as a shepherd in Ireland at the time he became a Christian 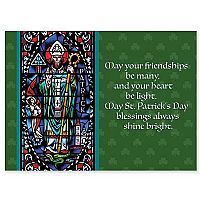 May Your Friendships Be Many
St. Patrick's Day Card 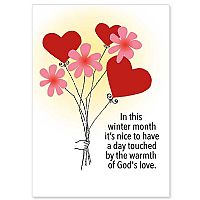 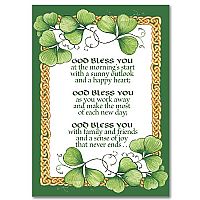 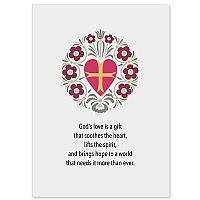 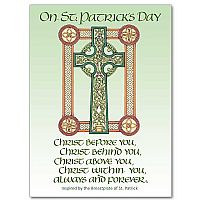